Moina Culture; How to make the perfect Guppy food at home

Every fish breeder will have a pretty good collection of Guppy in his aquariums. The Guppies are the best kind of fishes which can be used to clean the water bodies. They feed on water waste. But for a breeder, it won’t be that easy to make the water decay as the decayed water could even affect the freshwater fishes.

The Moina culture is easy to make at home. Frequent purchase of Moina is not that pocket-friendly. Thus, it is best advised to culture it on your own. If you are an enthusiastic fish breeder, then you must have the knowledge of Moina culture, then you buy it from the market. The best-needed aquarium for Moina culture is the scrap refrigerators. The refrigerators won’t decay easily and they can be used as the best breeding spot.

The started Moina you purchased needs to be transferred to the fresh water tank. They will breed in the tank. Always keep multiple tanks with Moina culture as we cannot keep the water as dirty for a very long time. In order to breed this Moina, add a small pinch of baking yeast to the tank in which you are doing the Moina Culture. The Moina will feed on the yeast and started growing. Never keep the tank in which you are breeding the Moina open as it might lead the mosquitoes to breed as well and the Moina culture gets compromised. Thus we have to keep them closed. 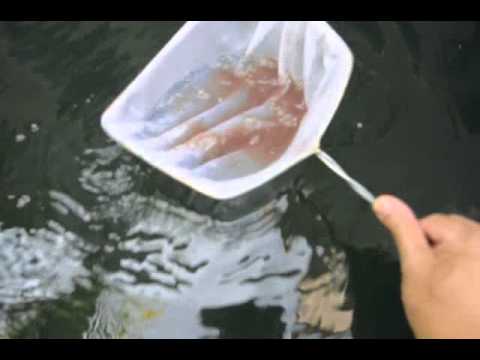 After 10-15 days the tank with Moina culture turns green as the algaes grow. Once you need to feed the baby Guppies, take a polyester cloth or a brine shrimp net and just dip it in the Moina Culture tank. Then place the same in the tank with Guppies. The Guppies will start to feed on the Moina and grow. The Moina culture tanks can be easily cleaned using these Guppies too.